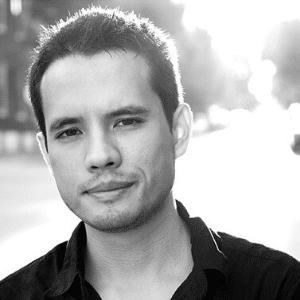 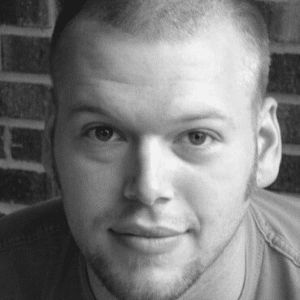 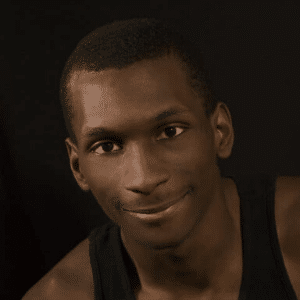 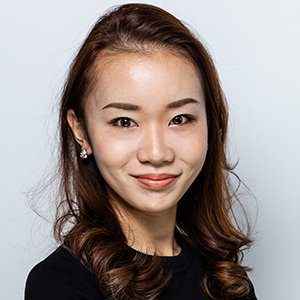 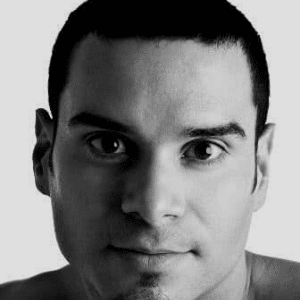 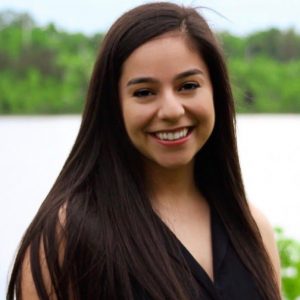 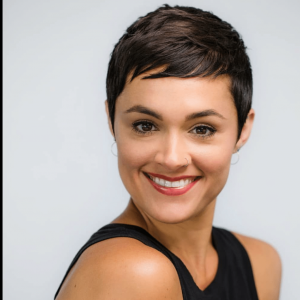 Martin began his training at his family’s dance school in St. Louis, Missouri under the tutelage of his older sister, and continued his tap education at tap festivals in St. Louis, Chicago, and New York City. Martin performed with Diva La Tap in St. Louis, Chicago Tap Theatre, co-founded The Tapmen tap company, and performed with and served as Rehearsal Director of Chicago Human Rhythm Project’s BAM! Martin was the recipient of the Artist in Resonance Grant for creation of new tap works in 2012, 2013, 2014, and 2015. Martin is also a passionate dance educator, regularly teaching master classes around the nation with recent credits including CHRP’s Rhythm World and Dance Masters of America. He has developed education programs for Audible Odyssey and Chicago Human Rhythm Project.

Richard Ashworth (Chicago, IL) is an educator, choreographer, and performer whose technical abilities and historical knowledge have made him a sought after resource in both the urban and rhythmic dance communities. Richard attended the University at Buffalo, receiving a BFA in Dance in June 2007. After graduating, Rich performed aboard Royal Caribbean’s Voyager of the Seas and upon returning to the States, danced in several crews for live performances and industrials including dancing for artists such as Flo-Rida and The Goo Goo Dolls. Rich has performed and toured with several internationally celebrated dance companies including Lehrerdance (dir. Jon Lehrer), Chicago Dance Crash (dir. Jessica Deahr), and Chicago Tap Theatre (dir. Mark Yonally), where he served as a choreographer and rehearsal director for four years. He has also established himself as a teacher, joining the faculty of several dance education organizations including Dance Masters of America, CNADM, and the Interdanza organization of Mexico. After leaving his position as rehearsal director of Chicago Tap Theatre, Rich now freelances as a performer/choreographer throughout the Chicagoland Area. Rich’s directorial debut of his own, “Shoestrings” opened to 3 sold out houses and rave reviews by the Chicagoland media. Rich is also a current dancer and body percussionist for Be the Groove’s Collective Beat, a rhythmic performance ensemble teaching kids the concepts of individuality, team work, and creative music making through live dance, theatre, and the percussive arts.

Zada Cheeks, a native of Aurora, IL, began his dance training at the age of 10. He became a member of The Cartier Collective and Chicago Human Rhythm Project’s “BAM!” while graduating from West Aurora High School. Since then, Mr. Cheeks has also preformed with dance companies such as: Chicago Dance Crash, Civic Ballet of Chicago, Corpo Dance company, Inaside Chicago Dance, Kanopy Dance Company, River North Chicago Dance Company, The Tapmen, and Winifred Haun and Dancers. He has performed nationally and internationally in China, Italy, Spain, and Venezuela. In addition to performing, Zada also teaches at many dance studios around the Chicago land area, as well as workshops and master classes helping students express their feelings through dance.

Born in Osaka, Japan. Takara Fukushima began her ballet training at the age of eight. She performed the Saint Petersburg State Ballet (Japan tour) in 2007. At the age of fifteen she studied in the Academie de Danse Classique Princess Grace, under Marika Bezobrazova in Monaco. In 2011, she received a Scholarship to study at the Central School of Ballet in London, England.

After she joined Kentucky Ballet Theatre (USA) as a professional dancer in 2013, she performed most of productions as a soloist and principal. She is also a guest dancer and instructor in both of American and Japanese ballet companies and schools. In 2018, she completed the curriculum for the Kniaseff method floor barre (Barre au Sol) and became a certified instructor.

Ricardo J. Garcia (Mayaguez, Puerto Rico) began his training at Point Park University in Pittsburgh, where he earned a BA in Dance. Upon graduating, he joined the Dayton Contemporary Dance Company (DCDC), under the direction of founder Jeraldine Blunden and subsequently Kevin Ward. At DCDC, he had the honor to work with acclaimed choreographers Bill T. Jones, Doug Verone, Donald McKayle, Ronald K. Brown and Dwight Rhoden, among others. Additionally, he was the recipient of the Josie Award for Outstanding Male Dancer of the Year in 2002. Ricardo has also performed with The Joffrey Ballet, Illinois Ballet, Peoria Ballet, Salt Creek Ballet, Rhythm in Shoes, Walt Disney World and most recently with Luna Negra Dance Theater. He has conducted classes throughout the US, Europe and Russia, and his choreography have been performed by Luna Negra Dance Theater, Dayton Contemporary Dance Company II, South Dayton Dance Theater, Stivers School for the Arts, After School Matters and Piel Morena Contemporary Dance. Ricardo holds a Masters of Science in Nonprofit Management and Philanthropy from Bay Path University and has been the Administrator of Career Transition For Dancers/Midwest, the Managing Director for Lucky Plush Productions, the Co-Artistic Director of the Blue Lake International Ensemble, on the faculty of The Chicago High School for the Arts, and is formerly the Manager at the American Rhythm Center.

Originally from Carol Stream, IL, Dani began her dance training at the age of 5. She went on to pursue a B.F.A. in Dance and Minor in Education from The Ohio State University, where she graduated Summa Cum Laude with Distinction in Dance. Dani has performed in works by Sarah Hixon, Susan Petry, Crystal Michelle Perkins, and Edward Taketa. She also spent two summers at American Dance Festival where she was selected to perform in repertory work by Ronald K. Brown. In 2017, Dani travelled to Denmark where she taught at various Danish youth programs and performed at Landsstævne and Gerlev Idrætshøjskole. Currently, Dani enters her 3rd performance season with Hixon Dance Company based out of Columbus, OH. She has been the recipient of the Artists in the Community Resource Grant and the Margaret Noell Kindberg Award for her performance and education endeavors in Columbus.

Samantha Newman grew up in the south suburbs of Chicago and has been dancing all her life. She started her teaching career at Brigham Young University in 2002, where she taught credited tap dance courses to all levels. Samantha received a bachelor’s degree at BYU in Theater Arts Studies with an emphasis on theory, design, and playwriting. While at BYU, Samantha performed tap dance and folk dance pieces around Utah, led the Tap Dance Club, and worked as a designer for University theatrical performances.

Samantha has been teaching at studios in the Chicago suburbs for 12 years. Her focus is on early childhood dance and tap dance education to all ages and levels. She’s studied tap under some of the best tap dancers and teachers working today, and has completed two years of the teacher training program at the American Rhythm Center. Samantha feels privileged to be a part of Chicago’s dance teacher community, and to share the joy of movement and community with her students.